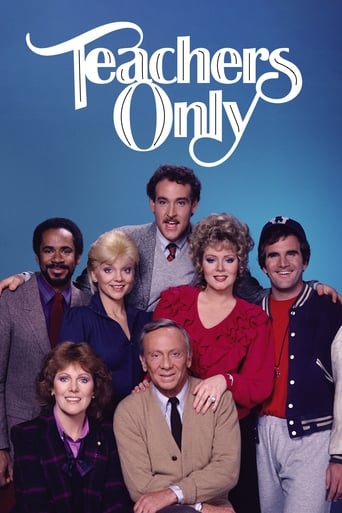 Sign in to add to list
Follow
Teachers Only is an NBC television sitcom centered around the faculty of a high school; in the first season the school was Millard Fillmore High in Los Angeles, but in the second it is Woodrow Wilson High in New York with a changed cast. In both seasons Norman Fell played Principal Ben Cooper, but Lynn Redgrave's character, Diana Swanson, who had been an English teacher in the first season, became a guidance counselor in the second season.

Redgrave and Fell were already established names when this show aired, but two of the supporting stars in the second season, Jean Smart would go on, three years later, to play her best known role, that of interior design studio receptionist Charlene Frazier Stillfield on the long running show, Designing Women. Also, Jean's co-star Teresa Ganzel became well known for her many game show appearances in the 1980s as well as her appearance in the comedic miniseries, Fresno.