Watching a movie about sexual abuse is not easy. It is even worse when the person being abused is a thirteen-year-old girl. This is a tough topic to discuss, but it is a reality that won’t go away just by looking the other way. To many, a movie is the best way to discuss it. It can at least trigger important discussion topics.

The Tale discusses this important issue in a way that leaves the viewer with more questions than answers, and it does so without having to draw upon unnecessary and explicit narrative resources. One can watch the movie and become aware of this important problem without having the negative feeling that is common to many emotionally intense movies.

There is no need to be disturbed in ways that sometimes become the center of attention, stealing the thunder from the actual issue in question. Although the movie deals with some pretty tough things, it does so in a way that avoids falling into the traps of making the viewer feel pity for the abused.

On the contrary, The Tale is an intriguing way to understand the psychology behind victims of abuse. It might be far from a perfect portrayal of what a victim of abuse looks like, but it does pose some important debates as to how abuse can affect anyone.

Probably no other stage of life is so unique and full of wonder as being a kid. Or said in a different manner, few things are as good as not being an adult. Everything seems to be something new waiting to be discovered. Although a thrirteen-year-old is probably not a kid anymore, it isn’t an adolescent either.

Some call this stage preadolescence. In it, there is still much of the same wonder and joy, even if things are transitioning towards something else. The body is undergoing important changes and the world seems to shift from childish things to more adult ones.

Being thirteen years old is not easy. One is starting to become conscious of many things that were previously unimportant. Family is suddenly no longer the center of our lives, and having friends becomes a priority to many. At the same time, the first sexual instincts start to arise. Exploring our bodies and those of others becomes important.

However, what does a preadolescent know about sex? For all the information out there, no one is really prepared for the first sexual encounter. And this is precisely the thought that surely frightens parents all over the world. A preadolescent girl in her thirteens can easily be the target of sexual predators. No matter how morally reprehensible, it is sadly always a possibility.

Sexual abuse in all its forms is one of those things that are considered to be wrong almost anywhere. And I say almost anywhere just because I am not 100% sure that, in a bizarre way, there isn't some society that accepts it. It wouldn’t surprise me, though, but that’s a different issue. 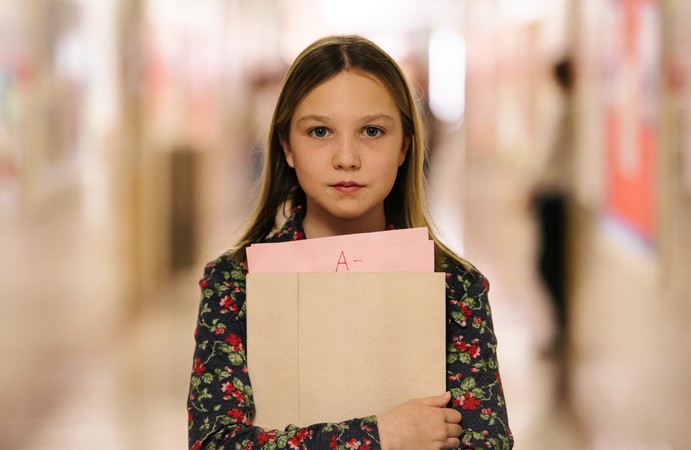 If a taboo exists, then its opposite, whatever that is, also exists. For morals to exist it means that there should be deviations from the norm. What to some might sound obviously wrong, to others, it might not be so straightforward. In other words, what to some is taboo, to others might be socially accepted.

I wonder if this is what happens to sexual perpetrators. Do they have a deviated way of looking at certain moral issues? Are they fully aware of their actions, or do they have a distorted perception of reality?

Psychologists might have answers to these questions, but there probably isn’t a single definitive one that tells us what makes someone abuse someone else.

The same goes for the mind of someone who is abused. How does someone react? What challenges will they have to face to overcome this situation? We might never know the answers to these questions, but we can always speculate.

The Tale is an interesting way to approach these questions.