There’s something about Latin American movies that captivate me, especially when they deal with political and historical topics. That is probably why I enjoyed so much watching The Official Story, an Argentinian film about the years after the dictatorship.

In short, the movie deals with the sometimes hard task of understanding the times in which we live. Although it might seem obvious to us, the truth is sometimes harder to grasp than it seems. 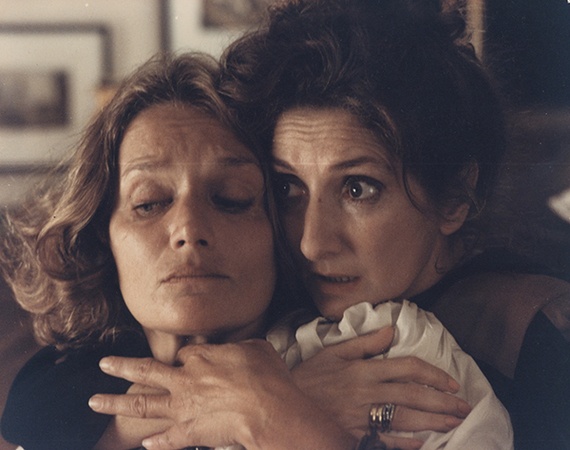 There are many movies that portray some of the most shocking and horrendous episodes of Latin American history and its dictatorships. However, as a viewer, it is sometimes hard to come into contact with some of these movies.

Paradoxically, at times it feels to me that the dictatorship and State-abuse topic has been exhausted. There seem to be so many movies around this issue in Latin America that it sometimes seems like one long and never-ending movie. At the same time, however, I feel that there are always many things to say about such moments that mark a country’s history.

Each new story represents a different look into some of the darkest moments that Latin American societies have lived. Yet, at the same time, these movies seem to capture different forms of beauty in a strange and unique way. Think for example of the Chilean Machuca.

Whether this beauty unfolds before a dictatorship takes place, or after it, movies that deal with this topic tend to have something special about them. Even the darkest ones always seem to have space for those moments that are sometimes worth the entire movie.

As a storytelling resource, I think this is one of the best ways to engage the viewer. It is by looking at the cracks of light that slip through the darkness that one finds comfort and hope. A dictatorship movie can be exclusively about the negative stuff, but adding a gentle touch here and there has a captivating effect.

There’s one thing about this historical event that has always struck me as very peculiar. During the years it lasted, from 1976 to 1983, there were many wealthy families that, for one reason or another, stole the babies of political prisoners. I’ve never understood exactly the reason behind this, but it has always struck me as something disturbing. Supposedly, part of the reasons behind this plan was preventing revolutionary ideologies from being passed from one generation to the next. To me, this sounds like pushing it too far just to justify something horrendous.

Apparently, it was a common practice to kidnap already born babies of political prisoners, but even more shocking is the fact that pregnant women who were imprisoned by the military were separated from their babies, most of them being killed after giving birth. The babies ended up, in one way or another, in the hands of families related to the military and its circles of power. Their identities were changed, and many of them became part of a lie that still lives on.

As a result of this dark episode, a part of Argentinian society mobilized to redeem some of the crimes done under the dictatorship. The Abuelas de la Plaza de Mayo, or the Grandmothers of the Plaza de Mayo in English, was one of these organizations seeking justice. It gained a lot of attention because its goal was to find the children who had been illegally stolen and adopted during the dictatorship. 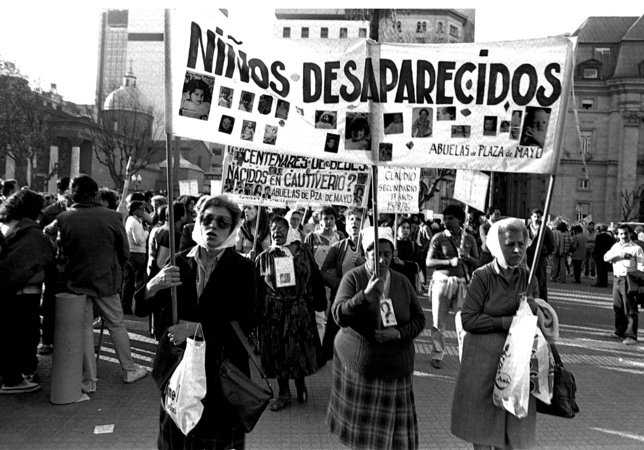 This has proven to be an arduous task. It was estimated that around 500 children were stolen, and from those, only around 71 had been documented, and around 50 had been located, while others had died.

The Official Story is one of many movies that revolve around this episode. It tells the story of a wealthy Argentinian family in the years just after the dictatorship. The wife, a private school teacher, and her husband, a businessman, seem to live normal lives. However, as the story evolves, certain things about the family’s past start to emerge. The husband is apparently involved in some shady military stuff.

The wife starts to realize that what she believed to be true does not really correspond to the official story of the country. She suddenly realizes that she might be one of the oppressors. Worst of all, she finds reasons to believe that her adopted daughter might come from the excesses of the dictatorship.

Digging deep into the secrets of those dark years, she starts to unfold a disturbing truth about her husband and where her daughter comes from. A different truth starts to see the light, one that goes against the official story about her country that she has been told, and as a history teacher, repeats to her students. Nothing seems to be what it was, and she is no longer the good citizen she believed to be.

Reality starts to disintegrate, and everything becomes confusing. No one can be trusted, not even her family.