An epoch is a particular period of time in history. If we were to name the current epoch we are living in, it wouldn’t be imprecise to call it the human epoch. At a glance, this might seem like a rather self-centered choice. “Let’s name this period of time after our species.” One can easily picture politicians having such thoughts, but that’s not what the expression is intended to mean.

“The human epoch” is an expression that originates from a self-referencing view, but not in a positive sense. It does not seek to highlight humanity’s great achievements or its positive aspects. It is not a reference to the many frontiers, physical and mental, we are constantly bringing down. It is in no way related to our better nature. 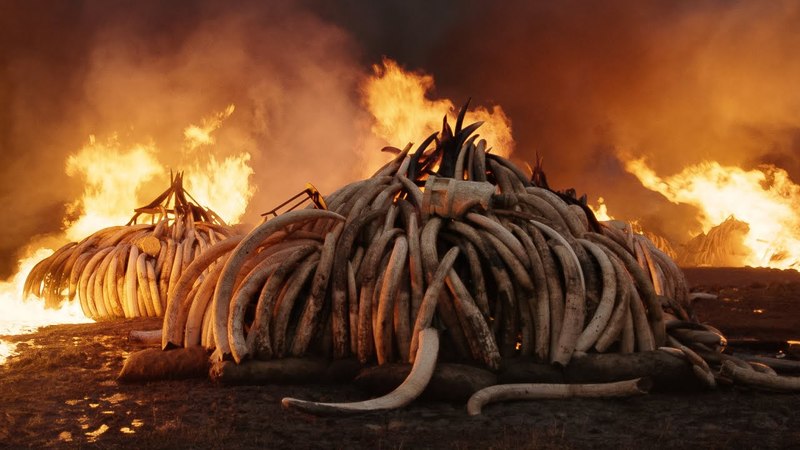 The term “human epoch,” also known as the Anthropocene, refers to the time we are currently living because of the impact that human beings are having on the planet. For the first time in the history of our planet, human actions have reached such a scale that they are literally shaping our planet and its natural processes. This phenomenon is what the documentary Anthropocene portrays.

It took four years for the Anthropocene documentary to be completed, and the result is both stunning and horrendous. It is a depiction of the beauty and complexity of our planet, but also of the power that human beings have to do things, some of which we aren’t even aware of due to the scale on which they occur. As a species, we can’t even comprehend the magnitude of our actions and the systemic impact of what we do. That is why we probably need a documentary to remind us of the consequences of our actions.

From Tree Swingers to Planet Destroyers

For a long time now, we have been told that humans are irreversibly damaging Earth. Our industrial lifestyles are having an impact like no other on entire animal populations and ecosystems. In almost 200 years we have altered how the Earth’s systems work. This has had tremendous consequences, and if we don’t do something, things might get nasty.

It is hard to understand how this entire situation came to be. How could it come from a species that was not even here just some 40 million years ago?

In our planet’s history, humans have only been around for the blink of an eye. And even in the short time we’ve been here, it is only in the last 200 years or so, through the industrial revolution, that our impact on the planet has really been felt.

I personally find it amazing to think how a species of apes that was swinging from one branch to the next one ended up creating a global civilization that has put itself at risk due to its never-ending consumption of natural resources. We went from being just another prey in the jungle to being at the top of the food chain. In the animal kingdom, no other species has destroyed so much just to satisfy itself.

Satisfaction. That is something we are apparently very good at. We humans like to please ourselves through everything we do. We like constantly being surrounded by shiny objects. We always want more. It is never enough, and we are starting to see the costs of this lifestyle. 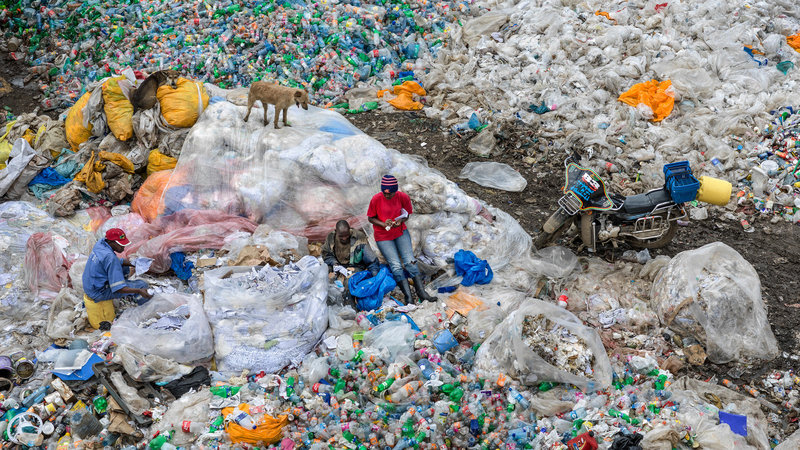 The level of disconnection between the way we live and the processes involved to sustain ourselves has reached new heights. As I write this, Greece and Turkey are literally on fire, and just recently Germany and China were literally underwater because of some never before seen floods.

Even as science starts to get a grip on these apocalyptic events and explanations start to arise, making sense of everything becomes hard. No scientific explanation can fill the existential void. How can something seemingly innocent like scraping rocks from a mountain or mining a desert impact the planet? Isn’t there enough for our species to go on existing without having to take more than it can give? Isn’t the planet big enough to avoid being affected by such tiny creatures like ourselves?

There seems to be something that makes us underestimate the impact that our actions can have on the planet. This comes as no surprise. Complex systems are very hard to understand, and our planetary surroundings are just full of them.

Complexity is at the core of our planet. When one element is altered, others will most likely follow without a predictable pattern. This makes it very hard to identify where important tipping points occur. Predicting the consequences of our acts is almost like guessing. Anthropocene is a reminder of this.

We must never forget that we live on a fragile planet. Our individual and collective actions have consequences. That is the harsh truth.

Anthropocene is an uncomfortable documentary to watch, but at the same time, it is a great reminder of the beauty of our planet. Just like our species, it is filled with paradoxes.

Although it sometimes feels like we are not living in the best of times, the Anthropocene documentary shows us that, even in a fragile world, there is beauty to be preserved. It is worth trying to survive.