There’s a long history of labeling mental patients as crazy. This has been famously popularized by Michel Foucault’s work, particularly in Madness and Civilization. However, he has not been the only one to treat the subject. Investigation after investigation, it is possible to see how power can determine what is socially acceptable.

As one traces this phenomenon, it is possible to somehow link it to capitalism. Although it might not be obvious at first, there’s a really strong point to this.

In capitalism, there is no room for anything that deviates from the norm. Innovation is welcome, but only if it follows capital. In other words, change is possible only if it occurs within the boundaries of the system. If it does not, then it ought to be suppressed.

Man Facing Southeast is not a direct portrayal of this capitalist phenomenon, but it does depict how the idea of normality blinds us to what is different. This Argentinian film revolves around a human-looking alien who ends up in a mental hospital, living the life of those who are labeled as crazy. 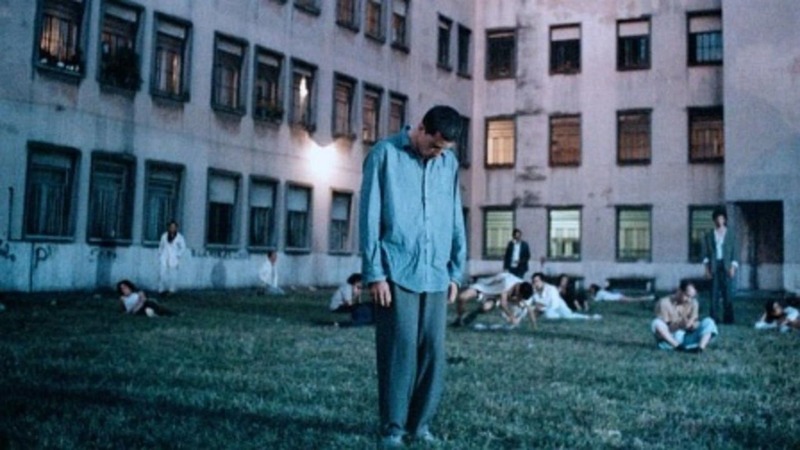 The idea of aliens among us is not new. Even the idea of an alien being inside a mental hospital is not new; think K-PAX. Although at moments the plot of Man Facing Southeast seems kind of similar to that of K-PAX, the similarities are only superficial. This is a different story. This movie, although based on science fiction, is all but science fiction.

The Idea of Normality

It wouldn’t be surprising that our world would label an alien as being crazy. After all, aren’t aliens supposed to think and act differently from what a normal human would? Under our current societal logic, being different can be reason enough to consider someone as ‘crazy.’ As a result, it is not surprising that we find our main character, Rantes, being treated as a patient. Both his way of seeing and being in the world is what we would probably consider as weird, to say the least.

There are many things going on throughout the movie, but one, in particular, caught my attention: the idea of normality. We tend to take for granted what being normal means, but I dare say that it is one of the most powerful forces that determine everything in our lives, even if we are not aware of it.

The idea of normality isn’t bad in itself, but it can indeed be problematic if taken to an extreme. When a system no longer benefits from diversity, having a narrow idea of what is socially accepted can become problematic. Everything that falls too far away from the center ends up being a potential threat. Only what is within our idea of normality ends up being accepted.

This is not to say that normality is bad. On the contrary, normality is, in a way, a wonderful thing that allows us to rely on certainties within our lives. An existence filled only with abnormal things would become chaotic too soon. It is only when we have the right balance of normality that things seem to work best. Too much of it can make us fanatics of order. Too little of it can bring too much disorder into our lives. 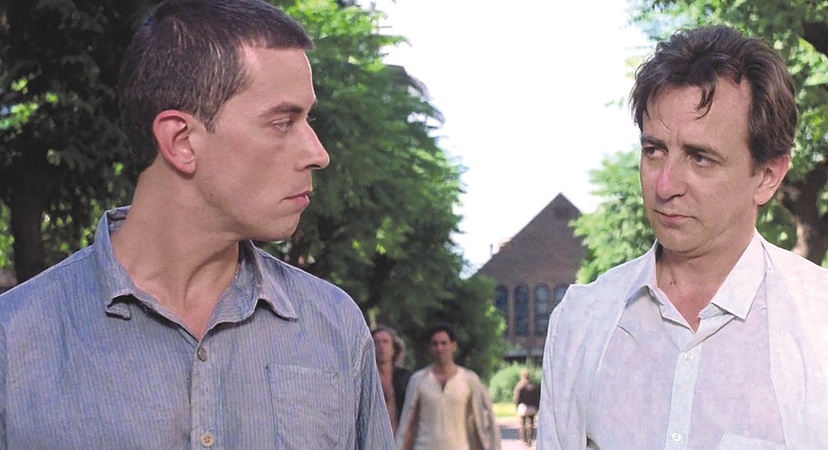 This is what Dr. Denis is faced with. His life, one that seems to exist only in terms of his work as a psychiatrist, is confronted with someone who seems to defy the foundations of what being normal means. This is very out of place for someone whose profession requires making others act normal.

After meeting Rantes, the alien, Denis is faced with a number of questions that make him curious, and most importantly, make him alive. Having felt numb for quite a while, just like his patients, Denis now finds himself in front of someone who awakens his curiosity. He does not even care whether Rantes is an alien or not. The whole idea of his mental condition just fascinates him.

Having been himself an instrument of normality, Denis now finds himself exploring the boundaries of conventionality. He is taking his profession to the limit, trying to find some meaning in the inexplicable existence outside normality.

At points, it seems like he is going mad himself. The people around him seem to understand him less and less with each passing day. Nothing seems to make sense anymore as he is faced with new questions.

Man Facing Southeast isn’t easy to watch. It is slow, and at times it feels that nothing is happening. Although it is a classic of Argentinian cinema, I did not feel it was a transcendental movie. And still, here I am, writing about it.

Maybe what captivated me was not the movie, but the idea that we can leave normality aside, no matter what we do.

« A Playbook for Evil » The Illusion of Free Will »