It has taken me some months to digest the movie First Reformed.

The story follows Reverend Ernst Toller, played by Ethan Hawke, in his day-to-day as he goes on a series of events that, in a bizarre way, seem to be connected to one another. Most importantly, the story gives us a close look at the process that Reverend Toller undergoes as his faith begins to shatter. Our contemporary world seems to be too much for him to handle. 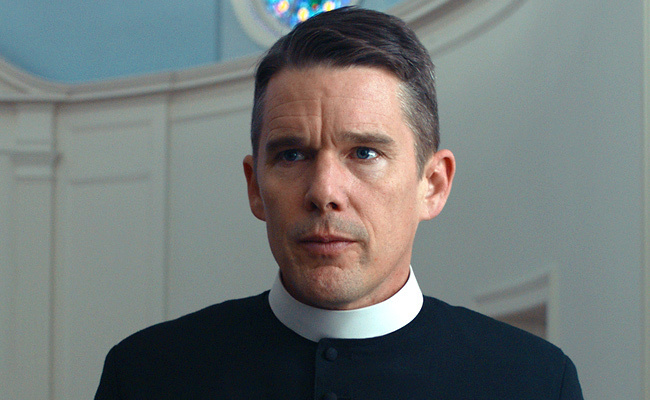 The process through which a reverend’s faith is broken is something that I had never really questioned, and now I can’t stop thinking about it. In particular, I can’t stop asking myself how religious leaders deal with the catastrophes of our modern age.

Now that we are deep in what scientists refer to as the Anthropocene, how can religion cope with the impact human beings are having on the planet? What is the role religion should play throughout this process? While certain aspects of society seem to be breaking down, how can a religion confront the facts without breaking down itself?

As the movie First Reformed portrays, one will surely realize that there might not be an easy answer. After all, clergymen are also human beings.

If there’s one thing that seems outdated in our postmodern world, it is definitely the institution of religion. One might think about a number of reasons why this happens, but the fact is that religion is struggling to keep up with what is happening in the world. I am not the most religious person to say this, so take my words as an observer who looks at religion from a distance.

At times it seems that religion can’t just go at the same speed as the different challenges of our world. Just think of science. Never before in human history has society had so much information about the world and about mankind. Never has technology played such an important part in our lives. And yet, religion seems to be stuck in its same old age discourses.

Although science moving forward sounds like a good thing for mankind and its social institutions, for religion it poses a major challenge. How can religion preserve the faith of its followers when there doesn’t seem to be any room for myth? With the disappearance of religious rituals and the rise of our digitally-driven world, what is left for spirituality? To paraphrase Nietzsche in one of his most famous phrases, what happens with our spiritual institutions when God is dead?

As I sit down and think of the importance that spirituality plays in society, I can’t help but also think about the hardships that religion as we know it is experimenting. Yes, religion has adopted social media and other important technologies, but that is beyond the point I’m trying to make.

When it comes to the fundamentals of any religious institution, how can we justify the fact that we have the means to end poverty but we prioritize sending billionaires to space? How can it cope with the rise of Artificial Intelligence tools so powerful that they can threaten our own existence as currently understand it? Most importantly, how can it accept the fact that we are damaging our planet irreversibly?

I feel many attacks on religion are fair, but many others are unjustified. Of the latter, blaming religion for failing to give us the moral compass we need for our times seems to be the one that first comes to mind. After all, why should we expect religion to deliver moral guidance when its discourse seems to be stuck in time. Shouldn’t critics focus first on how to reform it?

That is the problem I’ve been struggling with ever since I watched First Reformed. Seeing Ethan Hawke’s character deal with a crisis in his faith made me question the role that religion itself plays when it comes to humanity’s most important matters. One thing was the religion our parents’ generation knew. In a globalized world, the landscape is completely different.

As the global capitalist ethos goes, you have to innovate or die. And the same can be said of social institutions, religion included. With that said, will religion in its current form survive the next age of humanity?

Religion will most likely never disappear. After all, it is a fundamental quality of human society, and to be honest I can’t imagine the world functioning without it. As much as I consider there are things about it that should change, its fundamentals are something each and every human being, to a certain extent, need and value. However, this isn’t necessarily good.

There’s the risk that if religion fails to adapt but somehow survives, it will become trapped in an interregnum. It will become too irrelevant to the point where it fails to stop existing but at the same time incapable of adapting into a new form. I guess what I’m trying to say is that religion needs to be reformed.

When I think of the religion of the future I tend to imagine one where subjects related to the latest technological advances are not only passively accepted, but widely discussed in relation to spirituality and faith. A religion where topics like capitalism, climate change, and consumption are treated with more transparency, and not as aspects of each individual’s own responsibility.

I do believe that religion can play an important role in humanity’s future. It can help bring people together under a common cause, just like it has many times before. 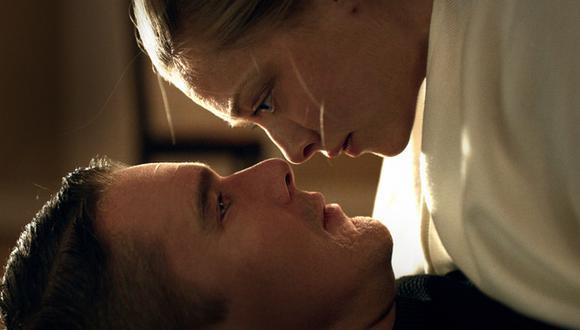 Similar to how Ethan Hawke’s character questions the very foundations of his faith, I think there is a lot of room for each and every one of us to question the fundamentals of our religious life. This applies to everyone, religious or not because even lacking a religion is a religious expression.

Religion isn’t just something that belongs to an organized institution. It is a deep aspect inherent in each and every single one of us, and it occurs both at the individual and collective levels.

In our age of individualism and technological capitalism, isn’t it a double standard to expect guidance from a social institution that seems outdated and yet not try to reform it? It seems to me that if we really expect something from religion we should first start by reforming it.