Alcohol is such a common thing in our lives that we don’t really think about the negative effects it might have on us or what drives us to drink in the first place. Yes, alcohol is something most of us don’t underestimate, but there’s a big difference between acknowledging this and understanding the not so visible effects it can have.

Druk (‘Another Round’ in English) is a Danish movie released in 2020. It isn’t a movie against alcohol as much as it is about how we tend to underestimate the impact of dealing badly with the emotions in our life. Although alcohol is the glue that holds the entire plot together, it is just that: glue. 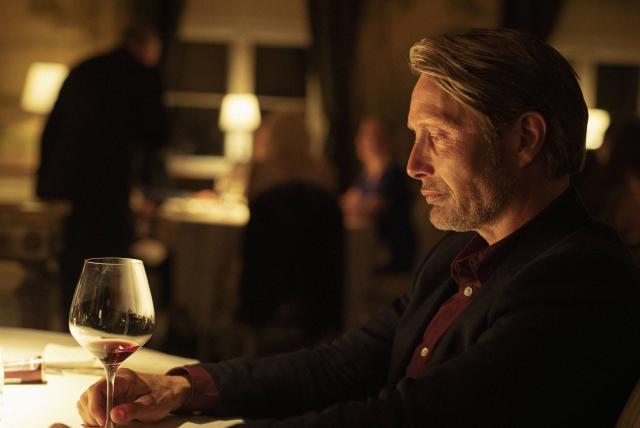 The real problem the movie portrays is our inability to cope with the problems in our lives and the emotions they generate in a way that actually helps us confront them. Druk might have easily been about drugs. It could have even been about exercise as a coping mechanism. The point is that there are different ways in which one can deal with the things in life that generate us anxiety and restlessness, and alcohol happens to be probably the most common of them.

If you are currently undergoing a point in your life where you feel that there are things you need to learn to cope with but are unable to, this might be the movie for you. It is not a hard movie to watch. There is nothing too disturbing that will make you want to pause. However, it definitely won’t be easy to go through without questioning many things in your life. Druk will help you become conscious about the importance of taking responsibility for the stuff going on in your life and the ways in which you deal with them.

Alcohol as a Sedative

Throughout my, life I’ve thought of alcohol as a social lubricant. It is hard for me to think about going to a party or a social gathering without having a drink or two. The sole idea of not having something in my hand while interacting with other people just makes me uncomfortable and anxious. Yet, I have never had problems with alcohol, nor have I ever seen myself as someone who is dependent on alcohol in order to socialize. It is just the way things usually go.

Nonetheless, the thought of being a person unable to socialize without alcohol is something that has recently started to bother me. It is not as if I need it in my life or I am unable to go by without it. But let’s be honest, alcohol does make it easier to deal with tough emotions and situations. Even if it doesn’t actually make things better or solves anything at all, at least it makes us think we are playing it cool. In other words, it makes everything a bit more tolerable.

My case is just a minor thing when compared to others. Look for example at the main characters of Druk. They are all teachers in a Danish high school. Like the normal people they are, each of them has their own anxieties and problems in their life. The interesting thing is that they are all unable to actually deal with their emotions. They just go by, letting each day accumulate with the previous one until eventually, they find themselves living a life they did not want. The result is, to no surprise, a bunch of unhappy teachers looking for a way out. 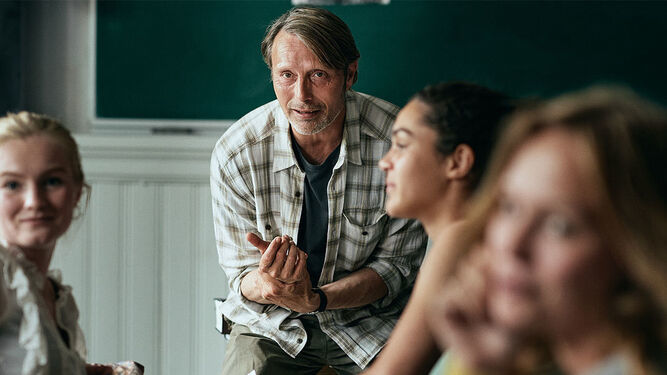 To confront this situation, they end up performing an experiment involving alcohol. They decide to test out if having a certain amount of liquor in their blood will help them deal with their problems as if they would magically become the persons they want to be. I know this sounds absurd, but so does being unable to cope with one’s life.

Like alcohol, there are many things that can be used to escape the difficulties we have to deal with. Whatever our personal choice is, they are just means of escaping our responsibilities. Nothing can take our place. Tired of your relationship with your partner? Hate your job? Want to move to another place? The hard truth is that this burden lies solely on each of us. Nothing will magically make the emotions associated with our problems go away.

In the end, most things are just a way out rather than an actual solution to what we feel. So, does that mean that we should just drink our life away as long as we address the things that bother us? It is hard to say.

After watching Druk I’m not a fan or a hater of alcohol, but I have certainly developed some awareness around the issue. I used to think that I had it all figured out when it comes to drinking. After all, never have I had problems with it, and I guess that is precisely the point.

Most of us never feel the need to reevaluate our relationship to alcohol or other coping mechanisms because we just keep running away. The problem arises when we can’t just run away anymore. Looking the other way is never the right thing to do if what we want is to live a good life.

« The Illusion of Free Will » Closer »