How implausible is a future where human beings can no longer have children? With all of the things going on in the world this seems like a serious question to ask. At a glance, it makes us consider the possibility of a world without births. To some, this might be a blessing. To the species, maybe not so much.

Additionally, when considered in greater depth, the question also helps us speculate what the world might be like in the future. Without a collective future, what is left for us? The economic, social, and political consequences of such a thought experiment are severe. The emotional landscape that accompanies this harsh scenario is hardly imaginable.

As the movie Children of Men shows us, a world where humans can no longer reproduce is one where society is at the edge of a precipice. We tend to think in terms of the importance of things coming to an end, but rarely do we think about their beginnings. To call this state of no beginnings an existential crisis would be an understatement. In this scenario, although the individual continues to exist, the species, in its entirety, is faced with extinction.

A World Without Children

When one thinks about it, where does such a tragedy begin? What is the cause that sets these wheels in motion? Is it because of radiation? Or maybe climate change?

Whatever the cause is, the message is clear. Although we do not like to think of reproduction in terms of helping the species survive, the cold truth is that it is precisely that. A world without children means a world where humans no longer have something to look forward to.

Theo, the main character in the movie, is the perfect example that sums up this childless state of being. Tortured with a shitty job and a past that seemed brighter than the present, Theo is confronted with the dull repetition that every day brings. When extinction is the future, there is nothing that motivates us to look ahead. There is no reason for the world to keep moving forward.

Nonetheless, some people still seem to find meaning. Even though the species is slowly fading away as the population dies and no one else is born, there are still motives to keep fighting for a just world. After all, the world’s other problems are still there. The species might be going extinct, but the tragedy of human existence persists. Chaos doesn’t seem to care about the species.

Human crises never get a day off. Immigration, unemployment, pollution, war. They are all present in this apocalyptic childless world. With or without children, the world is a shitty place to many, and it is precisely this which, ironically, gives it meaning.

The Obligation to Give Birth?

The world often seems like a hostile place. Bringing a child to it is no minor responsibility. Many people from my generation are constantly faced with a question that, on the surface, seems very innocent: “should I have kids?” 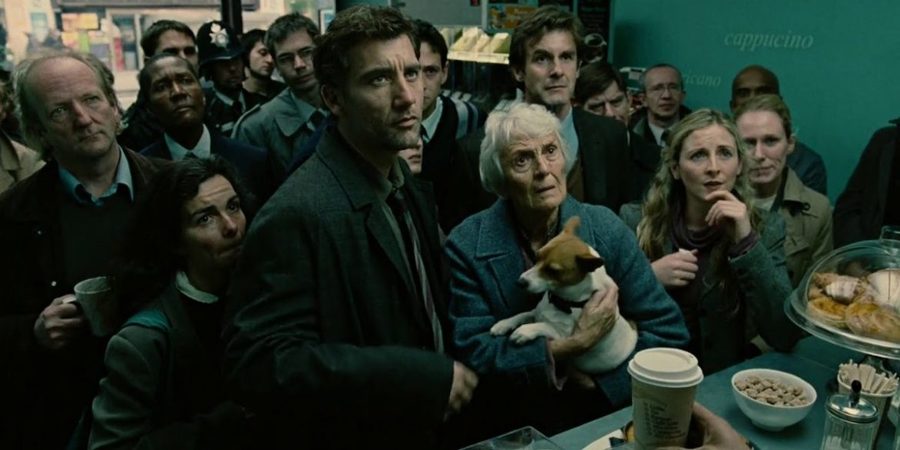 Children can change one’s life for good and bad. They can also change the lives of those around us, and, on a macro level, the one we rarely get to see from the point of view of our egos, children also have an important impact. One new child might not make the difference, but many of them do. They keep the species alive. They keep the world going round.

What a paradox. If children were no longer here and if reproduction were not a possibility, nothing would matter, and as a result, a lack of meaning would force us to create a new world. One where the future is no longer seen through the same lens.

What would happen if humans slowly ceased to exist? What if human beings suddenly stopped reproducing? The world as we know it would no longer make sense.

As individuals, why would we have to keep on going? Would there be any purpose in trying to make the planet better? Would justice mean anything? Yes. Children of Men shows us that, as individuals, there would still be some reasons to exist.

Although we tend to think of ourselves as individuals, the truth is that we are much more than that. We are also members of numerous collective entities. Sometimes, we are more an ‘us’ than an ‘I’.